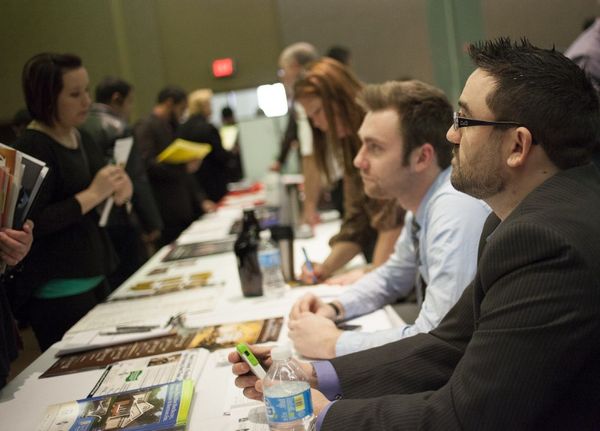 3 Reasons to Always Take the Interview

It’s not unusual to get a phone call from a friend with a great opportunity but something is holding them back from going on the interview. When I ask why are you hesitant to interview, I get one of the following responses:

In essence, they’ve already played out the scenario in their head of what it would be like to work at that company — and yet they’ve never walked in the door.

Unless your current employer will find out that you interviewed, I generally always encourage people to take the interview. Here’s why.

You have this image of the company in your head. Maybe you’ve romanticized it. Snacks in the cafeteria. Flexible work hours. Really cool projects. Reality is that is all conjecture. Until you get in there, understand the job, culture, and who you’d be working for, you have no idea what it is going to be like.

Many years ago, I interviewed at Playboy for a job as their first security administrator. Back in 2000, walking into Playboy was like walking into another world. The interviews were fun. The people were great. Then came the heart-to-heart. “Jay, we’re built upon the first amendment. Any restrictions you’d like to implement here will need the approval of Christie Hefner.”

If I had not taken the Playboy interviews, I’d always think how great it would have been to work there. Instead, I interviewed and understood it wasn’t the place for me.

When is the last time you interviewed? If it’s been a while, you’re probably rusty. You forgot your stock answers to “where do you see yourself in five years?” There are very few everyday circumstances that mimic a job interview. So to get practice, go on more interviews!

In fact, talk to every recruiter that calls you up. Each call you’ll get more experience answering those questions. “Why are you thinking of leaving?” You’ll get better at telling them what you want in a job and figuring out what will make you happy.

That way, the day the recruiter calls with the ultimate gig, you’ll sound great and be ready to interview.

3. You Are Looking At The Wrong Things

Back to my first point, you’ve already run through this in your head. The company is an extra 30 minute drive and you hate driving. You heard they have the cubes with the low walls so it’s going to be loud.

Turns out that’s all true. But the people who work there are great. It’s loud because everyone is having a good time. They want to train you on 3 new things and you are going to work on their next generation product. And no one gets in until 10a and leaves at 6p.

You think you know what you like because of what you have today. You have a short commute so a longer commute must be bad. Turns out you love audiobooks — which makes the drive feel shorter.

The company may still not be right for you, but seeing what other companies have to offer gives you a better perspective of what you really want.

That you are happy in your job. Talking to recruiters, talking to companies, talking to your friends… gives you the opportunity to learn what you really like so you’ll know the right job when it comes around.