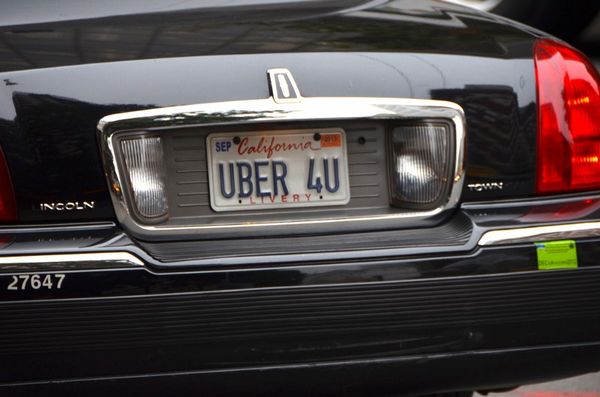 How Uber Gave Me Faith in Humanity

Uber is a disruptive technology. Over the past few years, many taxi and limo drivers have been impacted by the ease of hailing a ride…

Uber is a disruptive technology. Over the past few years, many taxi and limo drivers have been impacted by the ease of hailing a ride. While the original Uber was just black cars, as Uber has expanded so has the percentage of the transportation market that has been impacted.

For every story about someone impacted, so too have their been many stories of Uber drivers whose lives have significantly benefited from driving.

By day I’m a computer security consultant who travels significantly… and often uses Uber. I also blog about security and careers at JaySchulman.com.

When traveling, I generally prefer UberX. Besides being less expensive than other Uber options, I enjoying talking to the drivers. Usually my first question is “so how long have you been driving?” I’m very curious about why they started driving, how it’s changed their life and whether they’d continue to drive for Uber.

These Are Their Stories

I took an UberX yesterday to the airport and struck up another wonderful conversation with the driver. I believe that we talk so much more about the drivers impacted than we do by the drivers whose lives have changed.

Here is a small sample of some of the most interesting stories I’ve heard while sitting in an Uber.

From Newspapers to Driver

A few months ago, I needed a ride to the airport around 5am. I’m always concerned there won’t be a driver. As always, one was only a few minutes away.

This driver was in his second week of driving for Uber. For the past 20 years, he had been waking up at 3am to deliver newspapers to businesses and boxes around Chicago. He explained that he was basically an hourly contractor. If he didn’t show up, he didn’t get paid.

Another newspaper delivery driver had left a few weeks back to drive for Uber and he was raving about it. My driver decided to take the plunge. The newspaper said they’d take him back.

In the first week of driving he made twice what he was making as a newspaper driver. He joked that he hadn’t yet figured out when he should be driving so he thought he could be making more money soon.

It was great to see someone so excited about their new job and happy with how the first week was going.

In Between Bus Routes

On a rare occasion you get a pretty aggressive driver. Also just as rare is the driver who drives so slow you want to pull your hair out. I laughed when this driver said “I drive a school bus.” I left very safe.

Driving a school bus isn’t a full-shift job. You start at 6am, you’re home by 9a and then back around 1p to start your second route.

This driver uses Uber to supplement his income. He went last year to buy a Ford Connect Transit to use has his Uber vehicle. Like many of the drivers I talked with, he builds his Uber driving around his family and job. He can take his kids where they need to go, still get in a full days work driving the school bus and make it home in time for dinner.

When I rode with him, he wanted to make sure he was back in time to watch the Bears game with his Son.

Many UberX cars are the same — Prius, Camry, Accord. I was surprised when I got upgraded to an Infinity Q45. Another rider waiting for an Uber asked how he could get that car. (It’s actually an Uber Select.)

This driver is a sports photographer. On the day I drove with him, he shot pre-season football training camp in the morning and then was free until his kids got home from school in the afternoon. He filled that time with Uber.

Most professional Uber drivers carry their business cards with them. “Need a ride back?” In this case, the driver gave me his photography business card. “Any chance you’re getting married soon?” He was happy to photograph my family.

While it’s common to talk sports in the car, I was no match for this driver's knowledge of players.

I was in downtown Chicago moving from one client to another one afternoon and I hopped into an UberX with a very upbeat female. While I’m usually the one to start up a conversation, she was already riddling me with questions. When we finished comparing restaurant recommendations, I was able to ask her “so why do you drive?”

“I’m looking for dates.” She interviewed passengers all day looking for good men to date. I told her I was married but how did the whole process go?

“It’s better than any app because I get to have a real conversation. I’ve been on a few dates and so far I’m going to keep on driving.”

She was in college and drove generally during the workday afternoons after class.

If you’re not a Cubs fan, you might not know the reference to Steve Bartman (start here).

I hopped in an UberX on the way to the airport over the summer, in the height of Cubs fever. The driver was wearing a Cubs hat and had a portable radio with the classic Bartman headphones that he wore the day he interfered with a foul ball.

The first thing he said was “you mind if we listen to the cubs game?” We spend the drive talking Cubs, chances for a world series, and how he likes to listen to the Cubs while he drives.

I’ll tell ya… I know it probably wasn’t Steve Bartman driving that day, but it definitely made me think.

I understand there are many people who have been negatively impacted by Uber. But I have also personally heard from these and many more drivers whose lives have changed by the opportunities which have opened for them through Uber (and Lyft and others).

It has been a pleasure to spend 15 or 30 minutes which each of these people to learn their stories, interact with them and be otherwise engaged during my travels. I thank them for their hospitality.