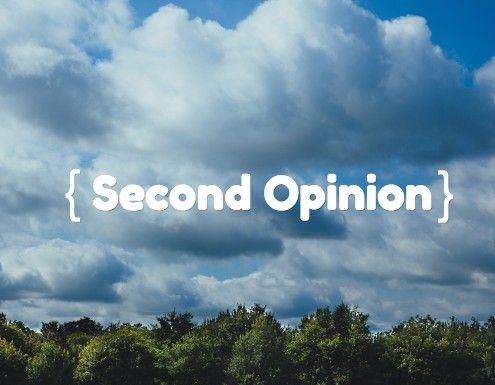 Why Your Strategy Needs a Consultant

I was having a discussion with a colleague the other day around why people use consultants. There are some obvious reasons:

As part of this discussion, I heard an interesting story about Franklin Roosevelt and his doctor. From The Dying President:

FDR’s health began to deteriorate rapidly after his return. Months passed and the President did not bounce back. He lost weight, his face thinned, and he suffered shortness of breath. At first, FDR’s personal physician, Vice Admiral Ross T. McIntire diagnosed the President’s problem as the “flu” and bronchitis.

Not satisfied with the diagnosis, FDR’s family wanted a second opinion. Dr. McIntire arranged to have the President examined at Bethesda naval Hospital in March 1944 by Dr. Howard G. Bruenn. Dr. Bruenn, a cardiologist, found that FDR was suffering from hypertension, heart disease, left ventricular cardiac failure, and bronchitis. He recommended that FDR be given digitalis, put on a diet, and have bed rest. No one told the President of his serious condition, and he never asked.

Vice Admiral McIntire had only one patient, FDR. While he may have been a talented doctor, he didn’t see a wide variety of patients to diagnosis. He saw only one. And some would say he was too close to his patient to properly diagnose him. (There is wide speculation on whether McIntire was covering up the president’s illness. While potentially valid, that’s not the focus here.)

Back to my original discussion with the colleague, she said:

FDR would never have died if his doctor had more than one patient.

As a manager or executive with a company, you are often limited by what you can see. You only see the few processes that exist within your company. You only see one implementation of the technology. You may be influenced by history — that’s just the way we do it — or by internal politics.

As a consultant, I see dozens or more implementations of the same technology. I see what works or too often have many examples of what doesn’t work.